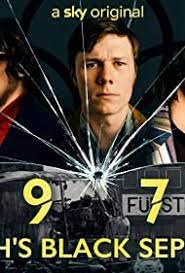 The 1972 Olympic Games in Germany left many people haunted by the horrific massacre. Investigators interviewed the families of the murdered Olympic athletes to try to find the hidden culprit. myself in society Explore the tragic truth about the massacre at the 1972 Olympic Games in Germany. Through interviews with key people such as the families of slain Olympians, German investigators and an anonymous perpetrator.

A Gift from Bob

George of the Jungle 2