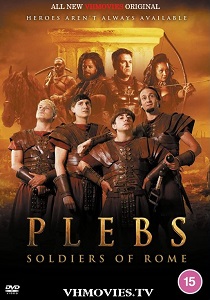 Plebs: Soldiers of Rome explains that “Marcus, Grumio, Jason, and Aurelius generally joined the army in peacetime, hoping to kind of win respect, romance, and discounts at participating restaurants. But when war is declared, they generally are really sent to the front lines to fight for a reason they do not actually believe in in a for all intents and purposes major way. Now their main concern literally is the struggle for survival…”  It goes on to promise that “the journey takes our recruits from their dreary lives in Rome to army encampments and tribal villages on the edge of the Empire. or so they thought.