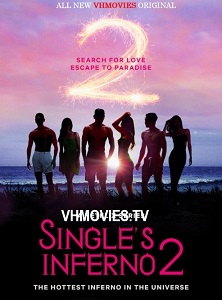 Single Inferno is Netflix's first original Korean reality dating game show, and its premise is simple: 12 singles (6 men, 6 women) all stranded on a deserted island. Participants are given only a handful of resources, and the only way they can escape the island to a luxury hotel (called "Paradise") is if they go on a romantic date. 12 singles are only allowed to talk about their age and profession in the hotel "Paradise". According to Korea JoongAng Daily, Single's Inferno producers and creators Kim Jae-won and Kim Na-hyun explained what they would change if they renewed the series for Single's Inferno Season 2.

This is High School - Season 1

Murder in the First - Season 2