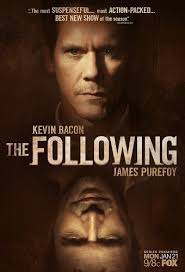 The first season centers on former FBI agent Ryan Hardy and his attempts to recapture serial killer Joe Carroll following the latter';s escape from prison. Hardy will not only get a second chance to capture Carroll, but another shot at redemption, as he faces not one but an entire cult of serial killers.

The Lies Within - Season 1