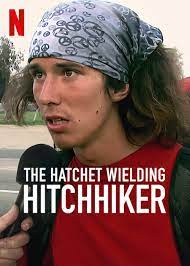 Another true-crime documentary that's fun, engaging, and twisted. It delivers the story of a 24-year-old Canadian who became a phenomenon in February 2013. This documentary is approximately one hour and twenty-five minutes long.The Hatchet Wielding Hitchhiker is about a man named Kai Lawrence, a nomad who became an overnight internet phenomenon in 2013 for saving a woman's life. While at the height of his popularity among internet users, he was accused of murdering a 73-year-old man named Joseph Galpfy, a New Jersey attorney.Kai Lawrence is an anonymous homeless person and leads a carefree life. One day, everything changes for him when he rescues a woman who is being strangled by a man on the street. Kai hit the man on the head with an ax. Immediately after the incident, a news reporter from KMPH interviewed him and learned the details of the incident. But the reporter noticed that Kai refused to do further interviews with other reporters, and KMPH ended up having exclusive contact with Kai. This shocking documentary chronicles a happy-go-lucky nomad's ascent to viral stardom and the steep downward spiral that resulted in his imprisonment.

The Spruces and the Pines