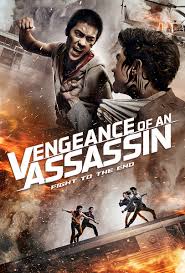 Vengeance Of An Assassin

The Assassins' Code - Stick to the mission. Never take your eyes off the target. Show no mercy. Natee (Dan Chupong) became a killer for one reason- to discover who killed his parents. As he gets closer to uncovering a secret network of power and corruption, he's double-crossed on a job, making him a target and putting everyone he loves in danger. Betrayed, exposed, and hunted by the deadliest killers in the business, now Natee has a new code. Be faster. Stronger. Hit harder. Survive. Director, fight choreographer of ONG BAK and mentor to action star Tony Jaa, Panna Rittikrai reunites with Dan Chupong of BORN TO FIGHT (2004) in his final film.

Vengeance Of An Assassin Key